Your “decision credit score” is the middle of the three scores reported by each of the three credit bureaus. If you only have two scores, is the lower of the two. If there is more than one borrower on the loan application, it is the lowest middle score of all borrowers.

Why does my decision score matter?

The decision score is the score used to determine if your credit can qualify for a mortgage and what your “risked based” pricing will be. “Risked based” pricing is the penalty you will pay for having a lower score (more risk to the lender) in the form of a higher interest rate than someone with higher scores.

A decision score below 620 often means you must look for a government loan such as those offered by FHA.

At First Nations Home Mortgage, Inc., we answer questions about credit every day. Give us a call Today!

About the Author: James Taylor

James Taylor Jr. NMLS #659260 established First Nations Home Mortgage in 1998 in order to provide a better mortgage experience for the citizens of South Carolina. He has helped hundreds of South Carolina citizens purchase or refinance their homes, many of whom are repeat customers. 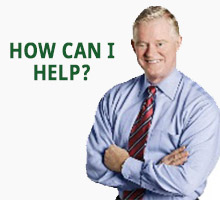